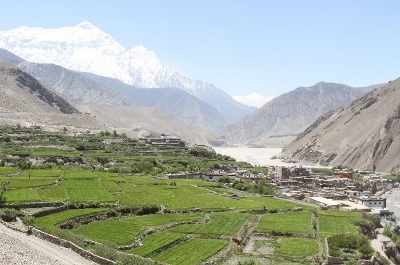 The legendary Kingdom of Mustang, lies in the northern Annapurna Range in central Nepal.  Mustang developed centuries ago along the ancient trading route between Tibet and India. This landscape is in the great Himalayan rain shadow, on a wide swept desert that hosts implausible gorges, high passes and enormous vistas. Join this women’s trek that coincides with the annual Tiji festival that really showcases the ancient Tibetan cultural dancing, music and arts. A truly unforgettable experience through magical landscapes celebrating a forgotten culture. *For more details on itinerary and costs, email:  info@GlobalAdventuress.com

•Trek in a highly restricted area.

•Witness the colorful Tiji Festival at Lo Manthang in the April departure.

•Explore a kingdom long isolated from the outside world.

North of the massive gorge between Himalayan giants Annapurna and Dhaulagiri, on the edge of the Tibetan Plateau, lies the legendary kingdom of Mustang. Historically it dominated the trade along the ancient route connecting Tibet with Nepal and India. The inhabitants of Mustang (the Lobas) are Buddhist and culturally Tibetan, but as the king allied himself with Jumla rather than Lhasa, the region was eventually absorbed into Nepal. For political reasons travel into Mustang was strictly forbidden and the region remained isolated from the modern world. In 1992 it was decided to allow outsiders in on a very limited basis. This isolation has helped maintain a way of life almost unchanged for centuries.

If you are looking for a trek through alpine scenery, this is not it. Instead, we will be in the great Himalayan rain shadow on a wind-swept desert landscape of implausible gorges, high passes and enormous vistas. We will pass brightly painted chortens, climb a series of canyons and ridges and discover caves used by monks dating back to the 14th century. The altitude on this route is not extreme by Himalayan standards, the highest point will be approximately 14,000 feet. The area is home to snow leopard and blue sheep, lammergeier, yaks, and nomads, ammonites and medieval villages. The king (a direct descendant of the original founder 25 generations ago) just might welcome us to tea at the palace if he is at home. Watch the PBS documentary on the discovery of the lost caves of Mustang. The Women’s Mustang Trek is accessible to all women who are in adequate physical condition and maintain a regular exercise routine at home. It is a strenuous trek (rated 4 on a scale of 1 to 5) with multiple ascents and descents with a couple days of walking up to 7 hours in a day. This special Women’s Upper Mustang Trek will also include a post-trek massage, Nepali cooking class and more special touches. The female staff including a spiritual healer, Minakshi Rana, and trek guide, Kandu Sherpa, will accompany you on this trek. An added feature of this trek is that it is scheduled to coincide with the colorful Tiji Festival at Lo Manthang.

These Nepal and Tibet treks and climbs are operated by a company that has been in business for over two decades and employs only the best guides with a minimum of 15 years experience. They treat their staff with the utmost care and respect. Each staff member is provided high-quality equipment and paid higher-than-average wages. Many of their clients have commented that their treks provide a better value (we provide more for less) than other companies they researched, comparing services, quality and price.

DISCLAIMER:  In recommending and offering trips, Global Adventuress, LLC, acts only as an independent marketing agent for separate and independent tour companies. We provide our services on the express condition that Global Adventuress shall not be responsible to you for any loss, accident, injury, delay, defect, omission or irregularity which may occur or arise, whether by reason of any breach of contract or act, omission, negligence or default of any company or person engaged in or responsible for carrying out a trip or any of the arrangements, or otherwise in connection therewith, or arising or resulting from any terrorist activities, social or labor unrest, mechanical or construction failures or difficulties, diseases, local laws, climatic conditions, criminal acts or abnormal conditions or developments, or any other acts, omissions, or conditions outside our control. Global Adventuress does not operate tours or provide direct services associated with your trip other than marketing services. Be aware, you may not rely on Global Adventuress to inform you about the risks of any trip. You can learn more about those risks from the tour operator directly or other common traveler resources available on the web. You are responsible for understanding all of the risks. By communicating with us in any manner you acknowledge that you have read, understand, and acknowledge this disclaimer. 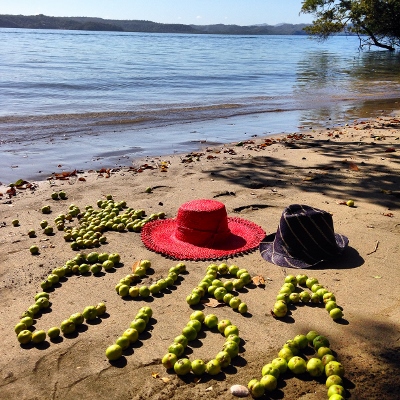 24 Hours on Costa Rica’s Papagayo Peninsula
Interested in planning your own customized adventure? Global Adventuress can help! Email us today!