A Journey in the Kingdom of Saudi Arabia 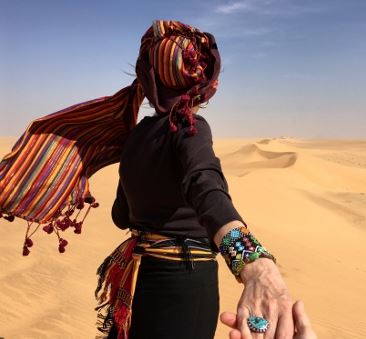 He extended his arm and said, “Marhaba, tegah”, Arabic for “Welcome, have some”.  In his palm was a cup of Saudi Arabian coffee.  Coffee is served from the “Dallah”, a traditional coffee pot, and is the symbol of hospitality in Saudi Arabia. While visiting the Kingdom, we were greeted from morning til evening with this kind gesture. We received a special invitation to spend 10 days in the Kingdom of Saudi Arabia.  Our travels took us from Riyadh, the capitol city, to historic sites in Al-Ula in the far northwest, and the Empty Quarter in the south, the largest sand desert in the world. Sharing some highlights from our fascinating trip into this unique Kingdom where there are 2,000 archaeological sites, 2 Holy Cities – Mecca and Medina, and over 30 million people.  Here’s an abbreviated overview of where we went and what we did. Before leaving my hotel room, I put the traditional black abaya robe over my head, and it fell to the ground covering my clothes.  Then I placed a headscarf over my head.  When traveling, I believe it’s important to show respect and wear the traditional dress.  Admittedly, it took a few days to get used to it and luckily, it was the winter season so it didn’t get too hot.

We met our group in the lobby at the Radisson Blu Hotel, and set out to discover Riyadh – the Souk, Fort Masmak, Murraba Palace, the National Museum, Justice Square and the old town of D’Iriyah. We flew from Riyadh to Al Ula in the northwest of Saudi Arabia, located about 270 miles south of Jordan’s Aqaba.  When landing, it was as if we arrived to Sedona, Arizona.  The landscape is similar with canyons and unique rock formations. Our two-day visit included seeing the Lihyanite tombs, and the famous Mada’in Saleh UNESCO archaeological site.  We stayed at Madakhil, a traditional Saudi style tented camp, with comfortable beds, topped with plush comforters.  After dinner, we retired to the black goat haired Bedouin tent adorned with exotic carpets, big cushions and pillows.  Some read, others sat around an open fire and sipped cups of tea, while listening to our guides share old tales of Arabia and recite poetry. Looking into the open midnight sky, we gazed at millions of stars in the sky.  Magical!

Our last few days were spent in the Empty Quarter, the largest sand desert in the world.  Situated in the Southern part of the country, we flew to Wadi Al Dawasir from Riyadh, where our Bedouin guide and Saudi team of drivers picked us up in 4X4’s and drove us to our first night’s camp in the Ar Rub Al Khali. When we arrived to camp, we had a light supper of dates, fruits and tea under a sparkling desert sky, then retired to our Western style tents in the middle of the desert.

At dawn, we awoke to see endless sand dunes with patterns that shift and change with the winds.  After our breakfast of scrambled eggs, pita, cucumbers and tomatoes, we continued our 6-car caravan deep into the desert.

Over the next few days, we drove 300 miles across the desert and stopped to visit the ruins at the ancient site of Quaraiyat Al Fau, capital of the Kinda Kingdom (1st century BC) on an ancient trade route, and continued to 5,000 yr. old lakebeds covered with fossils, stone tools and Neolithic arrowheads.

Our adventure through the desert was luxurious, compared to crossings by British explorers Wilfred Thesiger and Bertram Thomas who traveled by camel with Bedouin tribes.  We caravanned in comfort through the desert and listened to the tunes of the famous Saudi singer, Abo Baker Salem.

Reminder!  A great read before, during or after a visit to the Empty Quarter – Arabian Sands by Wilfred Thesiger.

Good to note: Be sure to bring a ghutra (or headscarf) to protect you from the sun and wind.  There are a dozen ways to tie these headscarves, and I tried to learn how our Bedouin guides and Brid, the elegant expat did this.  Brid made it look easy and her headscarf always turned out looking like she was the Queen of Sheba.  My failed attempts resembled something like a dishtowel on my head or a head wound bandage. From flat desert floor to the high dunes, we were grateful to have Ali, the expert Bedouin tracker, to lead us through a sand desert, the size of France!  In the early morning and at dusk, we trekked the sand dunes, called Urgs, and learned each dune has a name.  As minutes passed, we watched the shadows and light on the sand change.  Without Ali, it would be easy to get disoriented, then lost, as many locals and expats have met their fate in the dunes. Although we didn’t see any gazelle or oryx, we saw the birth of a baby camel, and came across a herd of camels with lots of babies – almost 100!  The sun was setting, and the camels followed each other in a line and passed by us.  The Bedouin family who owns this herd, said it was serendipitous that we arrived when the baby was born, and invited us for an authentic Bedouin dinner.  They were going to kill one of their hundred camels, and prepare it for our dinner!  We had to get to camp, and politely declined their generous invitation.  In this region of the world, camels are considered real treasures and highly valuable.  For centuries, they’ve been used for transport, milk, wool, and meat.  Today, there are camel beauty contests, and camel racing competitions where a camel can be valued up to 2 million!?  Perhaps this is in riyals, but even so, high priced camels. On our last day, we drove back to Riyadh and past the Layla Lakes area, and continued back through flat desert terrain.

Our adventures in the Kingdom of Saudi Arabia were coming to an end, and soon we’d be flying out of Riyadh.  I feel fortunate to have been invited to visit this Kingdom, where we met so many gracious and hospitable people, and learned about the rich history of a country that has grown into a wealthy nation.  Many would think its greatest resource to be oil, but I found the Saudi people to be its greatest treasure.

We gathered many insights during our visit to the Kingdom, based on our observations from guides and the people we met.  Here are a few:

Email us for more information:  Info@GlobalAdventuress.com

We can introduce you to one of the leading tour companies for travel to the Kingdom of Saudi Arabia. Global Adventuress would like to thank North Face and Nuun for providing supplies during this journey.  Also, a special thanks to Mountain Travel Sobek and to the several guides who introduced us to this fascinating country. Highlights, insights and notes referenced in this article are sourced from our itinerary, guide’s remarks and observations made during our 10-day trip. This trip was paid for by GlobalAdventuress.com

In recommending and offering trips, Global Adventuress, LLC, acts only as an independent marketing agent for separate and independent tour companies. Click here for details. 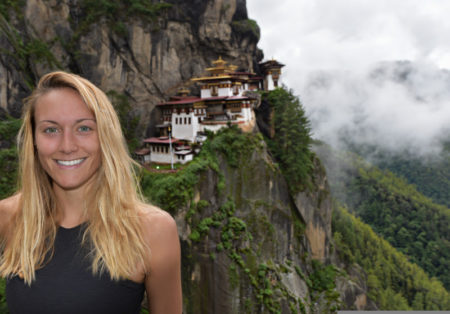