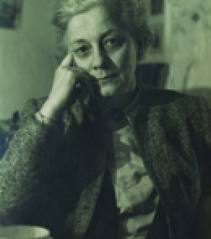 Global Adventuress is a Community Partner with the Seattle Art Museum, Elles: Women Artists from the Centre Pompidou, Paris a landmark exhibition of more than 130 works of art made by 75 women artists from 1907 to 2007.  In honor of this exhibit, Global Adventuress is featuring women who have dared to pick up the brush, camera, pen, and have been inspired by the places they’ve lived, traveled to, and how they have inspired others from afar.

Elene Akhvlediani was born in either 1898 or 1901 according to different sources.  Throughout her life, she was known as a 20th century Georgian female painter, graphic artist, and set designer in the Marjanishvili Theater in Tbilisi and other theaters in Moscow, Kiev and Leningrad in the 70’s.   Her book illustrations can be found in Ilia Chavchavadze and Vazha-Pshavela works.   Elene is known for her paintings of towns in Georgia.  There is a museum in Tbilisi housed in Elene’s Art Studio Museum.

At approx. 17 yrs old, Elene graduated with an art certificate from N. Sklifosovsky’s Private Art Studio, and by 18 yrs. old she had her first and second exhibition in Tbilisi.

In her 20’s, she studied at the Tbilisi State Academy of Arts, then left for Italy to work, and then continued her studies in Paris at Académie Colarossi while turning the heads of French art critics and artists.

Before leaving Paris, she had her own exhibition, then returned to Georgia where she held more exhibitions in Tbilisi, Telavi and Kutaisi.

She travelled to the Baltic States and the Czech Republic in the 1950’s, and created series of landscapes of Tallinn and Bratislava.
In the 1960’s, she traveled throughout Georgia and organized exhibitions with a group of artists.  A decade before she died, she received the People’s Artist Award of Georgia. 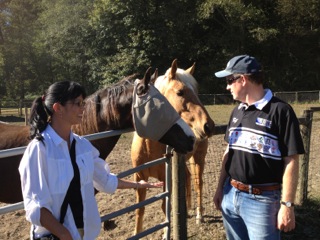