It was almost 12 Noon, and we were driving through Redmond, Washington on our way back to Seattle.  We were hungry and wanted a delicious, healthy lunch.  Anastasia was listing some of the lunch places we could stop at in Seattle, and then exclaimed, “…or on the right, we could stop at that bistro – Pomegranate!”  And we are glad we did.  We found out that Seattle’s Culinary Queen, Lisa Dupar opened this Bistro in 2005, although the bar side of it
(POMBAR), is part of an expansion of the space done earlier this year.

We shared several plates including one of Pomegranate’s “Firebreads” with Arugula, Prosciutto & Pecorino, roasted garlic, truffle oil & french sea salt, then continued to devour the signature B.L.T.G.A., bacon, lettuce & tomato, with smoked gouda, avocado, & peppadew aioli, and was in heaven biting into the Chicken Sopes!  After enjoying these dishes, we crowned the meal with 3 spoons and the apple & pear crisp.  Definitely worth a lunch stop and/or drive from Seattle to try this fantastic Bistro!

Visit Lisa Dupar’s site, www.duparandcompany.com to learn more about her restaurant, catering services, cooking classes, and cookbook.  From her site, here’s some information about Lisa:

For nearly 30 years, Seattle–based chef and author Lisa Dupar has earned a reputation for creating food inspired by her Southern roots while honoring classic techniques and amazing local ingredients.  Lisa Dupar was born in Mexico City but in the early 1960s her family relocated to Atlanta, Georgia.  In the summers Lisa ran wild with her cousins in Charleston, South Carolina where many of her early culinary impressions were formed.  Growing up, Lisa always knew she wanted to be a chef and went directly from high school to a culinary apprenticeship at the Westin’s Peachtree Plaza in Atlanta.  She followed her culinary dream to Zurich, Switzerland and worked in kitchens in Europe until the early 1980s.
Lisa decided to venture to the West Coast when she was offered a position in 1981 at the Westin Seattle, becoming the hotel chain’s first female chef.  In 1984 Lisa opened her first restaurant, Southern Accents, which focused on Southern classics like shrimp & grits.  She built on the success of her restaurant by adding a catering company, Lisa Dupar Catering, which currently executes 1,500 events a year.  In 2005 Lisa opened Pomegranate Bistro, a causal restaurant outside of Seattle which she lovingly calls her “culinary playground”.  Lisa and her team have fun at the bistro developing new recipes and surprising guests with inventive and playful dishes.
In 2010 Lisa penned her first cookbook Fried Chicken & Champagne: A Romp through the Kitchen at Pomegranate Bistro.  Lisa was honored to receive the IACP Award for First Book: the Julia Child Award in June of 2011.
From Mexico City to Charleston to Zurich to Seattle, Lisa’s inspiration is a mix of the hometown and the haute.  In the end, she is simply a Southern gal who can’t resist a glass of champagne with a plate of fried chicken. 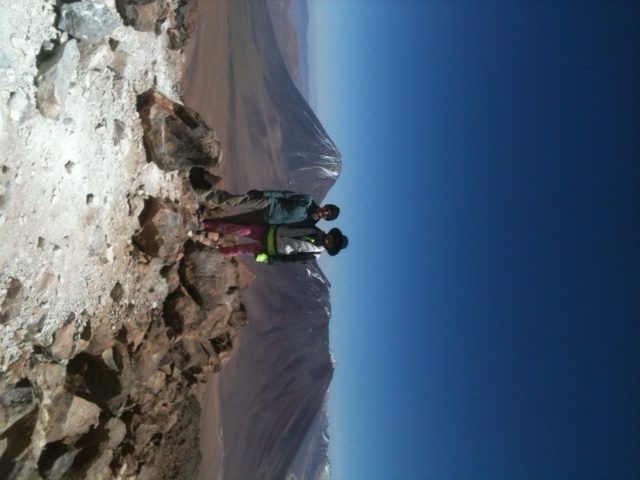 The Summiteers of Cerro Toco

The Summiteers of Cerro Toco
Interested in planning your own customized adventure? Global Adventuress can help! Email us today!