48 Hours in the English Countryside 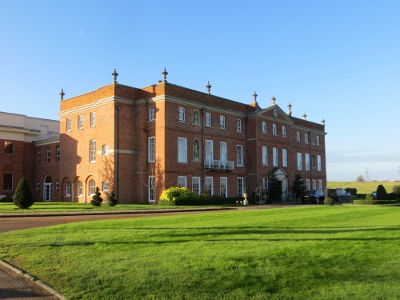 Ready to venture out of London and discover the countryside? Whether you’re looking for a weekend getaway, or a place to celebrate a special occasion, there are several idyllic locations not far from London town.

Here are some recommendations on what to do, where to go, stay and dine for 48 hours in the English countryside. Where to stay during your Day trip English Countryside or two!

Four Seasons Hampshire is an elegant Georgian Manor located in Dogmersfield Park, the heart of the western countryside of England. Only an hour drive west from the London Heathrow Airport. We loved staying at this historic manor, where five centuries ago, Dogmersfield Park was first mentioned in the Domesday Book of 1086. It was also the site of Henry VIII’s first meeting with the Spanish Princess Catherine of Aragon, who became the future Queen of England. Since then, many suitors propose to their sweethearts here. Read about the most popular places to “pop the question” – click here

So much to do here – Clay pigeon shooting! Horse riding! Tennis…golf…croquet! Canal boating or bicycling! There are several walking paths and bike trails to explore the 500 acres surrounding the manor. Or just retreat to the luxurious spa and indoor pool. We were greeted by the resident black Labrador, Oliver Beckington, lounging in the lobby next to the fireplace, ready to greet guest dogs too! Where to Eat in the English Countryside The Vineyard: General Manager Marwan Hemchaoui welcomed us to a delightful gourmet dining experience inspired by Daniel Galmiche, a multi-award winning French chef! Here we enjoyed an exceptional gastronomic experience, ideal spot for a romantic weekend, family celebration or special gathering. Located in a Relais & Chateaux hotel property, The Vineyard is one of the best restaurants in Berkshire. One of our favorite dishes from The Vineyard is the Pumpkin risotto, with wild mushrooms, chives, and parmesan – a perfect starter for Autumn. Vince Robinson, Managing Director shares, “Robinson Chauffeur Services offers London chauffeurs who are prompt, respectful, courteous and professional.  RCS offer airport transfers, day, evening or full time contract hire. You can be assured that our experienced chauffeurs and quality cars will be on hand to ensure your itinerary is completed in a timely, discreet and comfortable manner.”

Global Adventuress thanks the following who hosted us during our stay – Four Seasons Hampshire, Seasons Restaurant, The Vineyard, and Stonehenge. Also, we want to thank RCS of London Ltd. for chauffeuring us to our destinations.

As always, we appreciate DK Travel for providing us with the Great Britain Eyewitness Travel Guide Book with 1,635 photographs, 135 detailed maps, and 159 illustrations to help us plan our trip, as well as the 2015 London Guidebook with 890 photos, 140 illustrations and a pull-out city map. 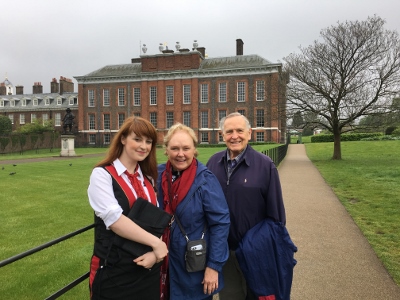 Private Tour of Kensington Palace
Interested in planning your own customized adventure? Global Adventuress can help! Email us today!