24 Hours in The Kingdom of Bahrain 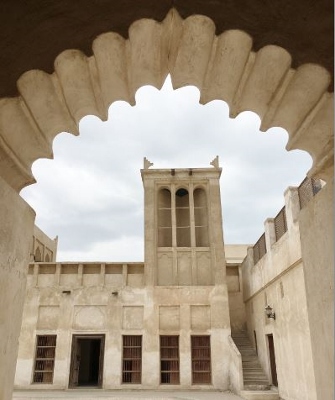 The Kingdom of Bahrain is comprised of over 30 islands and located in the Arabian Gulf between Qatar and Saudi Arabia.  It’s called an island country and is connected to the main land by a causeway. Since ancient times, Bahrain has been on major trade routes and known for its pearl fisheries and being oil rich. I spent 24 hours in its capital city Manama and surrounding areas, explored the forts, old neighborhoods, meandered through the souks and took a guided tour at the Al-Fateh Mosque. Here are our favorites on where to go, stay, dine & spa.

Museums:  The Bahrain National Museum has artifacts from the ancient Dilmun civilization and showcases the history of Bahrain. Forts:  There are a few forts in Bahrain, and I visited the Bahrain Fort, called Qal’at al-Bahrain. There’s also a 15th century fort, the Arad Fort which is well preserved. Historic Sites:  One of my favorite neighborhoods is Muharraq, an old district of Bahrain that is being restored.  There are historic houses, mosques, cafes and art galleries lining the narrow alleyways of this charming area. Don’t Miss!  A visit to the Shaikh Isa-Bin Mosque & House, and the Siyadi House.  Stop for a coffee at House of Coffee – very chic design!   Visit Busaad Art Gallery in this old quarter of Muharraq. Where to Stay, Dine & Spa

I found an oasis in Manama City at the Ritz-Carlton Bahrain.  It’s only a 10-minute drive to the city, yet feels like you’re on an island with a private lagoon, white-sand beach, 37-slip marina & sea inspired spa. After my long journey, I was escorted to my 5-star luxury suite with sparkling views of the city and private beach below. Room Service!  Don’t miss the room service experience – I ordered a simple platter of mezze and lentil soup and the presentation was amazing. There are 11 restaurants and lounges at The Ritz-Carlton Bahrain, and I dined at their authentic Mexican restaurant vibrant décor inspired by Frida Kahlo.  Every dish was delicious and reminded me of the cuisine of Mexico. The 5-star luxury spa features an atrium pool with a Greek-inspired fountain. Therapists use sea minerals from the Dead Sea for treatments and Argan oils for herbal massages.  Thalassotherapy and plunge pools and a traditional hammam, atrium pool and relaxation areas lead guests to a calm and peaceful setting.

Global Adventuress would like to thank The Ritz-Carlton Bahrain for hosting our stay! 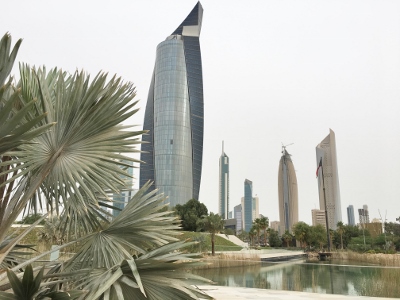 The Best of Kuwait

The Best of Kuwait
Interested in planning your own customized adventure? Global Adventuress can help! Email us today!