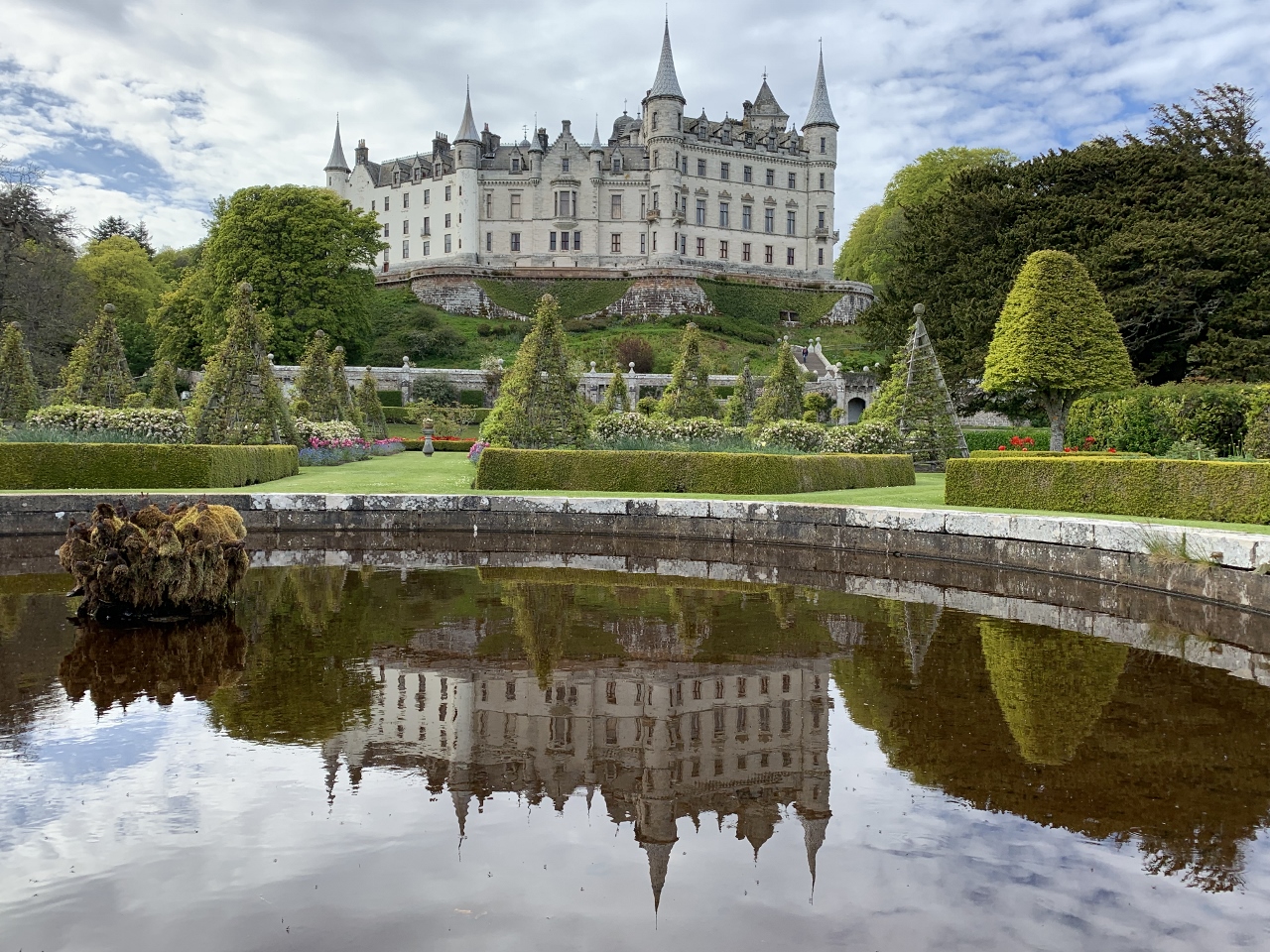 There are 2,704 castles throughout Scotland dating back centuries. Some are in ruins, while others are still owned and maintained by the family clan who have lived there for generations. Many castles are managed by the Scottish National Trust, while dozens have been converted into luxury hotels.

After a few weeks traveling throughout Scotland, we gathered a list of the castles we visited and some we stayed at.

Edinburgh Castle: Towering over the city from Castle Rock is Edinburgh Castle.  Home to Scotland’s crown jewels and the Stone of Destiny, used in the coronation of Scottish rulers.

Wardhill Castle: We stayed a few nights at 12th century Wardhill Castle, one of the most beautiful castles in Scotland.  It’s one of the oldest privately owned estates in Northeast Scotland, Wardhill Castle has been the family home of the Leslie family for 800 years, and open to visitors to stay. A grand venue for a wedding celebration or family reunion, friend’s getaway or corporate retreat.

Castle Hotel: Owners Andrew and Linda Meiklejohn and family moved from South Africa to Scotland and acquired the Castle Hotel in Huntley.  They fell in love with the castle setting surrounded by ancient trees and rolling green lawns.  They wanted to share their castle with others to enjoy this peaceful sanctuary where you wake up each morning to the sounds of birds, and fall asleep at night under a canopy of stars.

Ballindalloch:  We met Guy Macpherson-Grant, the 23rd generation of family to live at this castle.  He and his wife Victoria and their children manage this estate and welcome visitors from around the world.  Guy shared that they open their 15th century castle for tours, corporate dinners, make their own whiskey and even offer an Art of Whiskey workshop to visitors.  They arrange for golfing and fishing trips too.

Balmoral, Her Majesty the Queen’s Scottish Home for the Royal Family:   There are over 50,000 acres of heather-clad hills and pine forest near the River Dee where the public can stroll and enjoy the scenery.  There is even a golf course, safari tours and holiday cottages to rent.  Good to note:  the Ballroomm is the only room available in the Castle since other rooms within the Castle are the Queen’s private rooms, not open to the public.

Old Slains:  This 14th century castle is a ruined abandoned castle near Colliston.  Watch for our drone footage with aerials of the castle ruins along the rocky coastline click here.

Dunnottar:  Set on top of a rocky outcrop along the eastern coast of Scotland, Dunnottar is one of the most impressive ruined castles in Scotland.  Visit this castle and learn about its fascinating history.  The walking trails surrounding the castle offer sweeping vistas.  Be sure to stay on walking trails and use caution since there are steep drop offs.

Knock Castle: We stayed at Knock Castle, the former 19th century baronial home of Scottish shipping magnate Lady MacBrayne, near the charming market town Crieff, only one hour from Glasgow and Edinburgh.  We felt at home when we arrived, and found the bar and reception area a nice place to relax after a full day of golf.  Set amidst woodlands and the Perthshire hills, we relaxed at this country retreat offering excellent Scottish hospitality.  Our spacious rooms and baths had views of the surrounding countryside hills of Strathearn Valley.

Dunrobin Castle The Earl of Sutherland’s  stately home in Sutherland overlooks the Dornoch Firth and is the family seat of the Clan Sutherland.  Located just north of Golspie, and ~ 5 miles south of Brora, this castle is the largest in the Northern Highlands with 189 rooms.

Skibo Castle: We were given a tour of the castle and admired its baronial architecture on the outside to the Edwardian interiors.  The manicured gardens and grounds look out to the renowned Carnegie Golf Links, on the shores of the beautiful Dornoch Firth. This is an exclusive club for members only.

Inverness Castle:  Overlooking the River Ness, this 18th century red sandstone castle overlooks the town of Inverness, on a cliff that was formerly the site of an 11th-century defensive fortress.

Eilean Dorean: This 13th Century Castle is one of the most photographed castles in Scotland. Situated on an island where three sea lochs meet in a picturesque village of Dornie, south of Inverness and just 8 miles to the bridge at Kyle of Lochalsh that connects you to the Isle of Skye.

Urquhart Castle: Located south of Inverness along the Loch Ness on the A82 road, near the village of Drumnadrochit. The castle was built on the site of an early medieval fortification, and its ruins date from the 13th to the 16th centuries.

Inverlochy Castle: We stopped for afternoon tea and scones at this 19th century castle, nestled in the foothills of the mighty Ben (mountain) Nevis, near Fort Williams.  Surrounded by a forest of evergreen trees and a private loch. Known as Scotland’s finest Country Hotel, we took the castle boat and rowed on the lake after our tea.  We hope we can stay here on our next trip to Scotland and dine at its exquisite restaurant.

Castle Stalker:  Schedule a tour at this privately owned castle on Loch Linnhe, the film location for Monty Python & The Holy Grail.  In fact the owner made a cameo appearance and can share more about the filming on this tour.  Learn about the history of this castle with stories of family murders, illegitimate children, and clan wars.  This 4-story castle is one of the best-preserved medieval tower-houses in western Scotland.

Kilchurn Castle:  Kilchurn is one of the most recognized castles in Scotland, located along Loch Awe.  Built in the 14th century, this 5-storey tower house was the Clan Campbells base for 150 years.  Once a fortress, and later a garrison stronghold during the Jacobite Rising, then abandoned in the 17th century.

Barcaldine Castle: This 16th century tower house is a luxury B&B located only 9 miles from Oban.  Built in 1609 by “Black” Duncan Campbell and restored in 1897 by Sir Duncan Campbell 3rd Baronet of Barcaldine, it’s one of a few ancient castles guests can stay at.  Set against the snow-capped mountains of Glencoe and on the banks of Loch Crenan, this historic ‘Black Castle’ is a unique place to stay in the countryside.

Inverary Castle: This remarkable Gothic Revival style castle is the ancestral home of the Duke of Argyll, Chief of the Clan Campbell dating back to the 12th century, and a must visit on the West Coast of Scotland.  See timeline:  https://www.inveraray-castle.com/clan-campbell/clan-campbell-timeline The present Duke & Clan Chief Torquhil Ian, inherited the title on the death of his father in 2001.

Sherbrooke Castle Hotel: Built in the 18th century, this 4 star baronial style hotel offers guest rooms in the main building, garden suites, and cottage with a mixture of traditional and contemporary rooms. This red sandstone castle includes a restaurant, bar and conference facilities that cater for up to 200 people.  Many couples choose this location for their wedding venue.

Culzean Castle: This estate was once home to the 10th Earl of Cassillis, David Kennedy.  Our guide shared that there “are miles of sandy coastline dotted with caves, and finished off with a Swan Pond, an ice house, flamboyant formal gardens and fruit-filled glasshouses.  The castle itself is perched on the Ayrshire cliffs, incorporating everything the earl could wish for in his country home. It was designed by Robert Adam in the late 18th century and is filled to the turrets with treasures that tell the stories of the people who lived here. There are 40 buildings and secret follies in this country park spanning hundreds of acres, including the magnificent cliff-top castle.”

Glenapp Castle, a 5-star luxury hotel and a member of the Relais & Château group: an exclusive collection of 480 of the finest hotels and gourmet restaurants in 58 countries across the world. This hotel is the Winner of “Independent Hotel of the Year” CIS Excellence Awards 2019, and we arrived to tour its castle rooms and learn about its history.

In 2015 the castle was acquired by Paul and Poppy Szkiler. Paul is the Chairman of the Truestone Group. Both Paul and Poppy focus on building businesses not simply to create profit but to address social and environmental challenges from Africa to Asia as well as here in the UK.

Tarbert Castle: This castle is on a hilltop overlooking the fishing village of Tarbert. It’s in a state of ruins, but with panoramic views and the setting, it made our list.

Kildrummy Castle: Once a stronghold of the Earls of Mar, this 12th-century castle is now in ruins with its remaining towers and walls. Managed by the Historic Environment Scotland, its setting is worth a detour.

Craigevar Castle: This pink castle has been called the “fairytale” castle. Managed by the National Trust for Scotland. Some say this castle was the inspiration for Walt Disney’s Cinderella Castle.

Castles to Visit on our next trip… 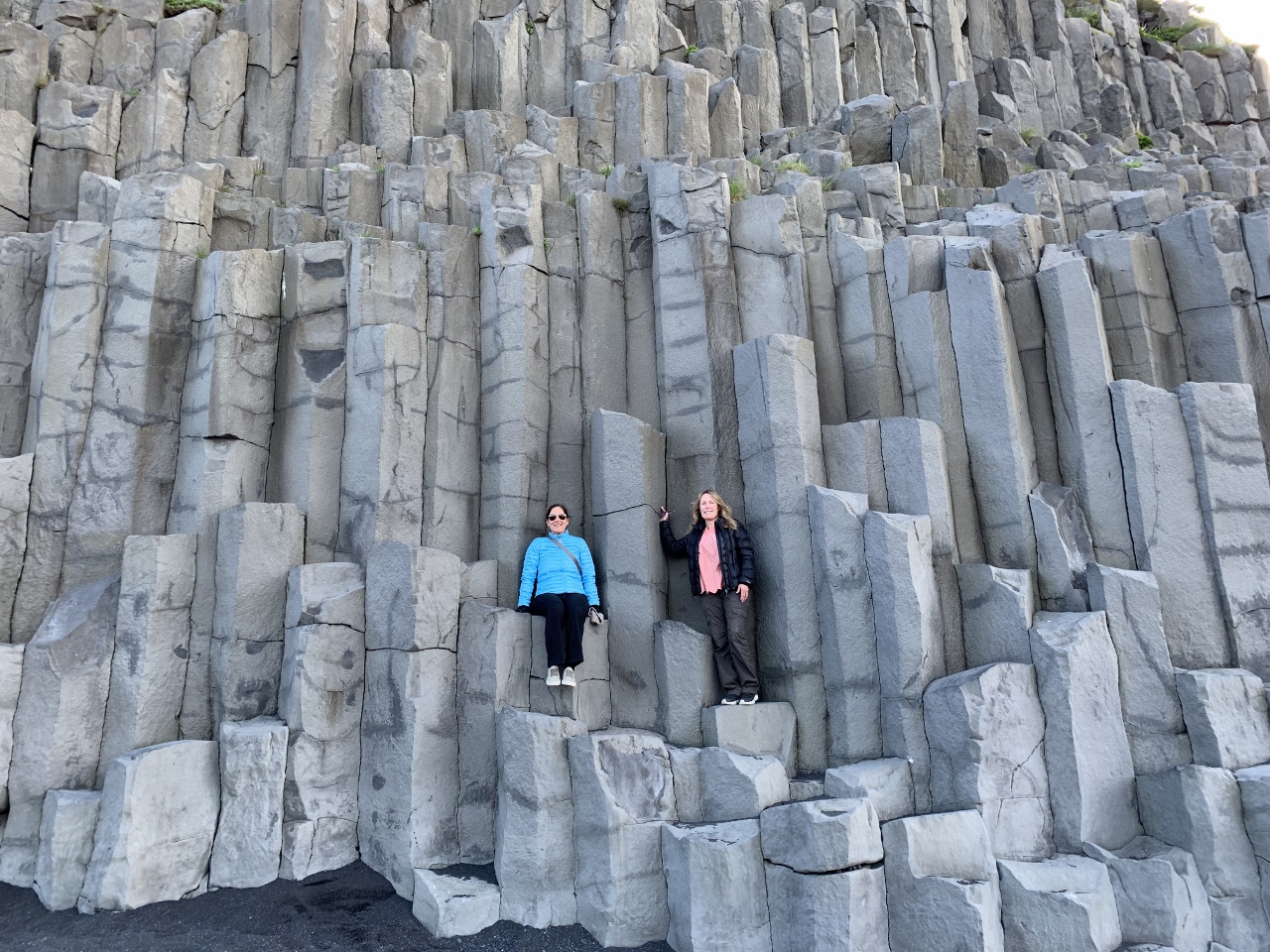 Iceland’s Ring Road in 7 Days
Interested in planning your own customized adventure? Global Adventuress can help! Email us today!