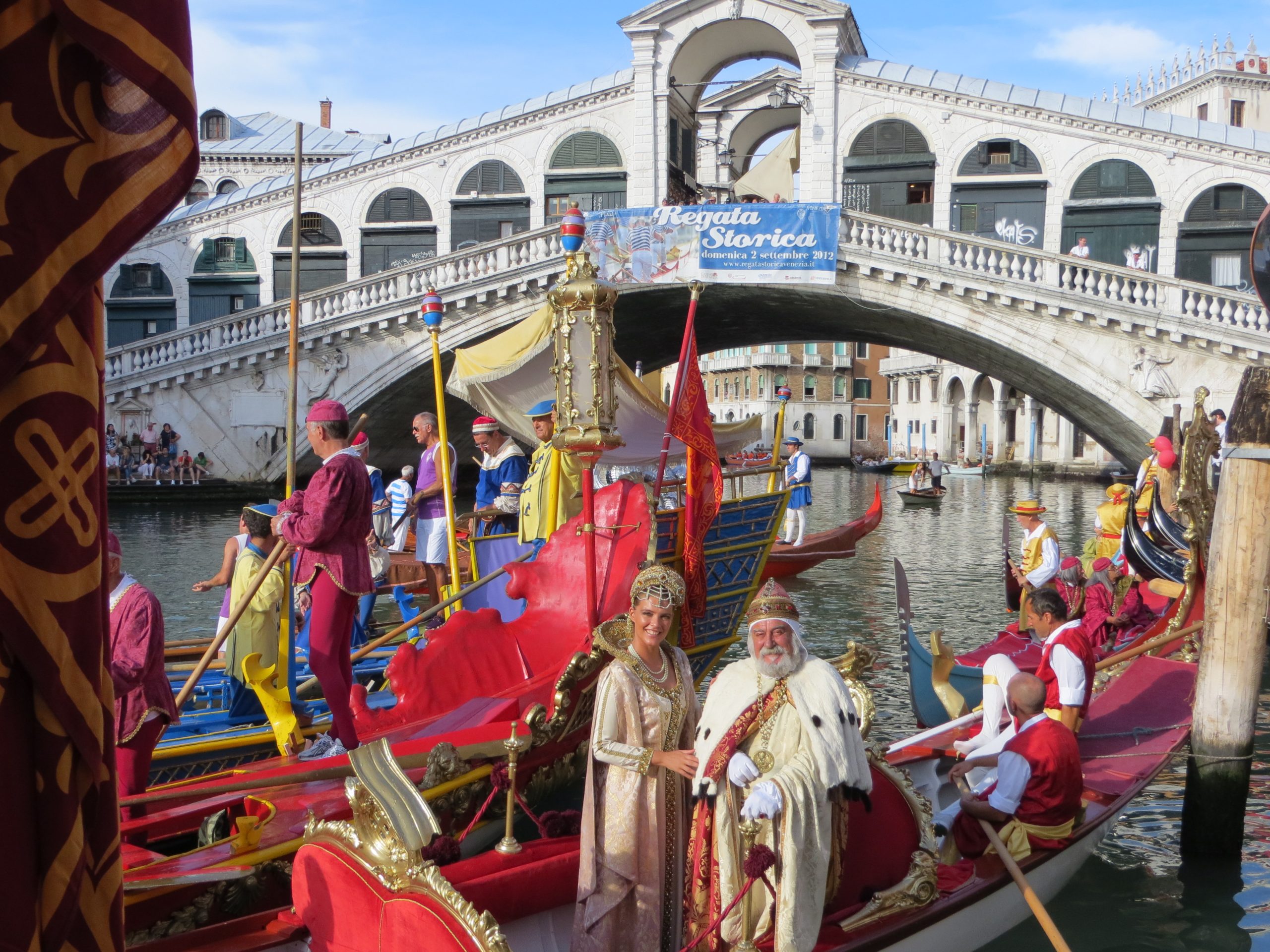 Every first Sunday in September, the spectacular Regata Storica parades down the Grand Canal, the main waterway in Venice.  The Regata Storica is one of the great Italian traditions that has deep roots in Venice’s history.

This event features the historical pageant and the regattas.  The historical water festival departs from Punta della Dogana, and includes several typical 16th century boats rowing down the Canal with the Doge, his wife, and dignitaries dressed in period costume.  After the pageant and in keeping with the ancient Venice seafaring tradition, follows a series of regatta races divided into categories by age, gender and boat typology.  The last race is the speed race, campionissimi or great champioins’ on twin-oared gondolini, the most anticipated race and unique in the world.  To purchase tickets for this annual event, visit www.regatastoricavenezia.it.

In 2012, Global Adventuress was invited to join the excitement on the official Press Boat with other international press and journalists, and get up close to the boats, costumes, and races.

We were amazed to see almost every local and tourist pour out from every nook and corner of Venice to get a front row seat on the canal and watch one of the World’s most colorful and picturesque parades.

What is the Regata Storica?

The Regata Storica is the main event in the annual “Voga alla Veneta” rowing calendar.  This unique sport has been practised in the Venetian lagoon for thousands of years and today it is particularly well-known for the spectacular historical water pageant that precedes the race.

An unforgettable sight and a true reconstruction of the glorious past of one of most the powerful and influential Maritime Republics in the Mediterranean.  The historical water parade commemorates the welcome given in 1489 to Caterina Cornaro, the wife of the King of Cyprus, who renounced her throne in favour of Venice.  Scores of typically 16th century-style boats, with gondoliers in period costume carry the Doge, the Doge’s wife and all the highest ranking Venetian officials up the Grand Canal in a brightly coloured parade.

An unforgettable sight and a true reconstruction of the glorious past of one of the most powerful and influential Maritime Republics in the Mediterranean.

The regata has always been extremely popular with both Venetians and visitors.  The first historical record of the event dates back to the mid 13th century, when it was part of the “Festa delle Marie” celebrations. However, it is likely that regattas existed long before this, as Venice has always been a seafaring city and training reserves of oarsmen was a prime necessity.  The first visual image of a regatta comes somewhat later, in the View of Venice drawn by Jacopo dé Barbari in around 1500.

This map includes a detail of a group of boats with the word “regata” written at the side. From there onwards the regatta became a favourite subject with scene painters wishing to capture the festive spirit of the city. The etymology of the word is uncertain, but it probably derives from aurigare, a verb used in the 16th century as a synonym for racing, and since then the term has come to mean a boat race in all the main European languages. Originally regattas were either races between boatmen and gondoliers or regate grandi (organized for special religious or civic occasions).

In time, financing the regattas shifted from the Republic to private individuals, who were often foreign princes. In 1797, when the Republic officially ceased to exist, the regattas certainly did not, and in that same year, the city’s democratic government announced two races for its citizens. The modern regata dates back to 1841, when the organizational expenses moved back from the private to the public sphere. In that year, the Municipality of Venice requested the Austrian authorities to proclaim an annual “boat race along the Grand Canal, organized by the local authorities to encourage gondoliers to uphold the honour of their famed skills”. In 1866 when Venice became part of the Kingdom of Italy, the focus of the event changed, and instead of just a race, the regattas became a celebration of the glorious history of the Republic of Venice. Despite this, it was not until 1899, the year of the 3rd International Biennale Art Exhibition, that this was officially recognised by Count Filippo Grimani, Mayor of Venice, who coined the name, “Regata Storica”.

The Venetian regata has always consisted of various races with different kinds of boat (originally these included galleys, peatoni, and barges, as well as lighter boats rowed by two or more oarsmen).

Today, the most popular race is the gondolini regatta. On the day of the “Regata Storica”, St Mark’s Bay and the Grand Canal are packed with boats of every shape and size, filled with loudly cheering, local supporters. Originally, to clear the course of the race and to keep order, the regatta was preceded by a fleet of bissone (typical parade boats), with noblemen standing in the bows, armed with bows and terracotta shot (balote), which they used to pelt any particularly unruly spectators.

Global Adventuress highly recommends this event – a “MUST” go & see:

Watch the 360° panoramic photos and video of the Regata Storica 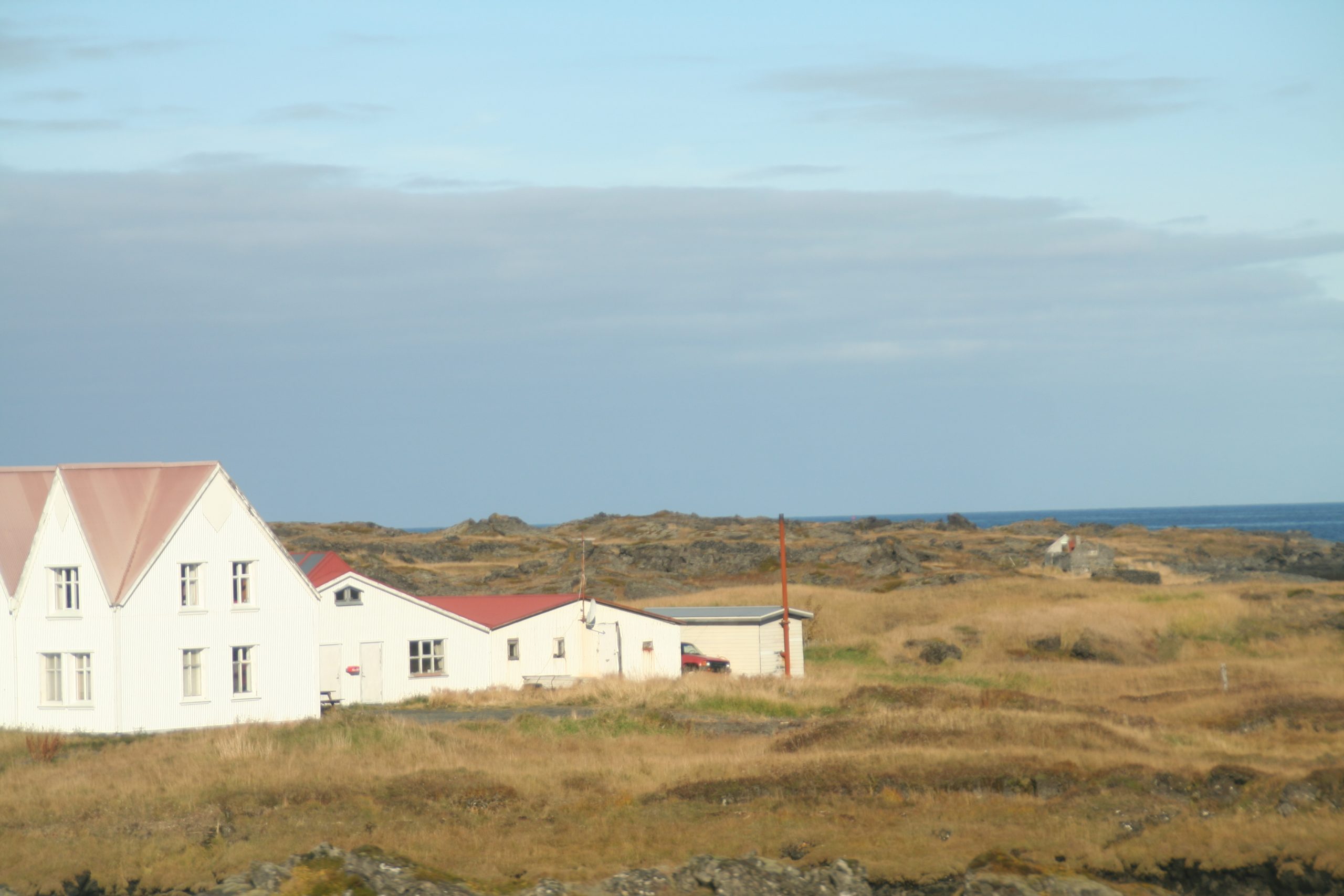 Greenland is full of ice, and Iceland is very nice

Greenland is full of ice, and Iceland is very nice
Interested in planning your own customized adventure? Global Adventuress can help! Email us today!