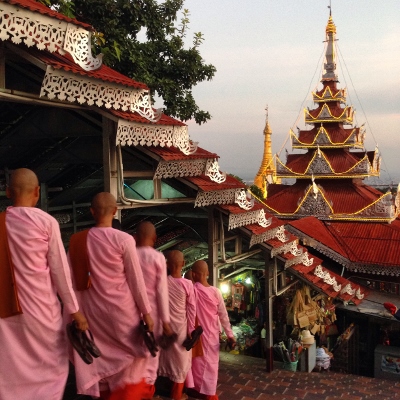 Within minutes of arriving into Myanmar, the “Golden Land”, we saw a gold-spired pagoda, and didn’t realize it was the first of hundreds we would see throughout Myanmar. We drove past horse carts, down lush tree-lined streets, and saw women and girls adorn their faces with “thanaka” a cosmetic paste made from ground bark to protect skin and used as make up.  Our guide told us this is part of Myanmar culture. We were excited to discover Myanmar’s mysteries and its people.  Wondering where to go in Myanmar?  Below is a list of the top recommendations and some highlights from  Mandalay to Yangon.

First up in our list of Myanmar top places visit is Mandalay, the former capital city of the Myanmar Kingdom, is a spectacular destination for historical and cultural travelers. It’s a perfect way to start off our list and reviews of the top places to visit in Myanmar. This lake is home to the Inthar tribal people who live in the 17 villages along the lake shores, and are known for their fishing skills. Inthar people have lived on the lake for generations, living in wooden houses built on stilts. They tend to floating vegetable gardens, weave textiles from silk and lotus stems, and fish with conical-shaped nets using an intriguing one-legged rowing technique. You’ll see fishermen standing upright, swinging a leg around an oar, and then glide through the water, while the other foot is anchored to the boat. Dugout canoes and long-tail boats carve through its waters, and the one-legged rowing fishermen’s silhouettes can be seen from a mile away, against a backdrop of the mist-shrouded Shan Hills. We were in awe and mesmerized by this tranquil lake that can be so still, it mirrors the sky. Definitely something you won’t want to miss during your visit to Myanmar top places. Bagan was the capital of the Kingdom of Pagan from the 9th to the 13th centuries. An ancient city, but considered a living place of worship for Buddhists.

It’s the first kingdom of Burma, modern day Myanmar, and known as the “Land with a Million Pagodas”. Mandalay Hill Resort, www.mandalayhillresorthotel.com, lies at the foot of Mandalay Hill with a panoramic view of a myriad of pagodas and faces the distinctive architecture of the Royal Palace and its beautiful moat. As we stepped into the resort, we received a grand welcome greeting. Our room had a view of Mandalay Hill and the gold pagodas lining the hillside down to the palace canal. We dined at Yadanabon Restaurant where we found local and international dishes. Be sure to dip into the pool and book a spa treatment at the beautiful Mandalar Villa & Garden Spa! 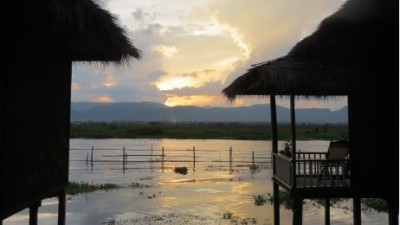 Paramount Inle Resort, an Amazing Hotel & Resort, www.amazing-hotel.com, is built on stilts and our traditional Inthar style deluxe cottage was finished in teakwood, and a private terrace & balcony that overlooked an inlet of the lake where we could watch canoes and boats pass through the silky waters. This resort is central to most sites and villages in Inle Lake, and the staff is very friendly. 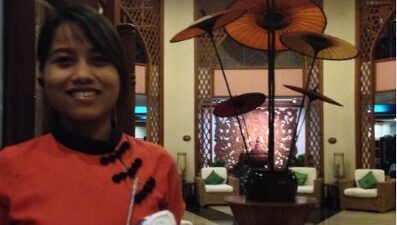 Another Amazing Hotel & Resort, www.amazing-hotel.com where we were greeted with cold towels and welcome drinks, and smiles! Our room was comfortable, clean and the staff was very friendly. Formerly known as the Bagan Golf Resort since there is a beautiful golf course in the midst of the Bagan temples and ruins. 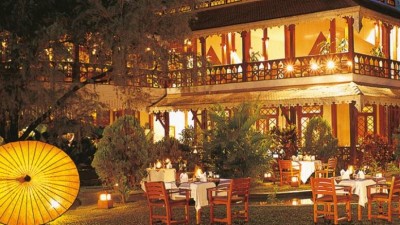 When in Yangon, check into the romantic, colonial-style Belmond Governor's Residence, www.governorsresidence.com and you will be welcomed with red-carpet service. We received a lovely jasmine floral lei, welcome drinks, and cold towels. On the walk to the room we crossed a bridge, looked at the lotus pond below. We entered our spacious room with carved teak, sumptuous silks, and beautiful views of the tropical gardens. The Governor’s Residence is a private oasis in Myanmar’s busiest city, in the heart of Yangon’s Embassy Quarter. Built in the 1920’s as the official residence of the governor of the Kaya state, this teak mansion has been restored to its original charm. 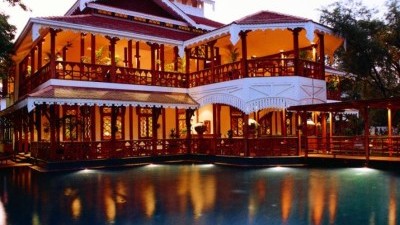 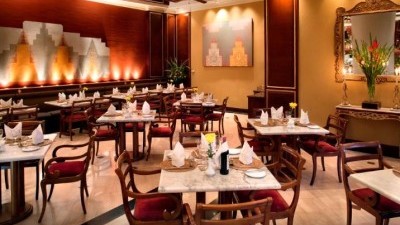 While staying at the Mandalay Hill Resort, we enjoyed local Myanmar cuisine for dinner at Yadanabon Cafe, and an international breakfast buffet. 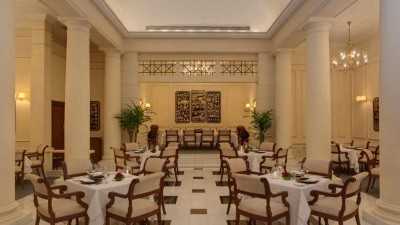 Step back in time to British Colonial days and visit The Strand Hotel where you can enjoy a tea, lunch or a drink at the famous bar.

We flew a variety of airlines on our 1-way flights from one city to the next in Myanmar.

Air Mandalay and our guide Mr. Saw helped us coordinate our flights.

We can introduce you to our recommended travel agent to help you plan a customized trip or sign you up for a group trip. 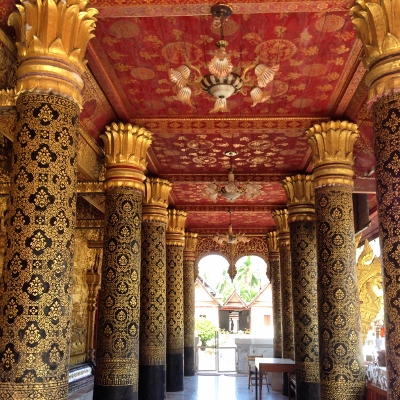 Top 10 Highlights of Luang Prabang, Laos
Interested in planning your own customized adventure? Global Adventuress can help! Email us today!