Who’s Who in Travel — Lee Abbamonte 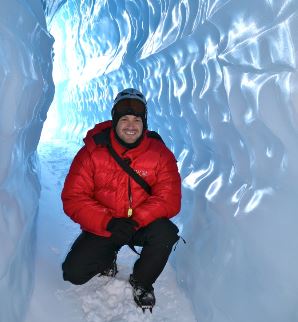 Introducing Lee Abbamonte our May Who’s Who in Travel

“Lee Abbamonte is the Marco Polo of the 21st Century” – Arthur Frommer, founder of Frommers Guidebooks

Lee Abbamonte, is known for being the youngest American to visit every country in the world. He’s visited 318 total countries and is one of the world’s most-traveled people. He has been featured in the New York Times, Washington Post, Discovery Channel, Today just to name a few and appears regularly on Fox News, Travel Channel,  CNN, BBC, ESPN and many others. He has been to every country (193 sovereign nations by the United Nations list of member states) on Earth, and is also attempting to become the youngest person to visit all 324 countries and unique destinations in the world per the Travelers Century Club list.

Lee has degrees in Finance and Marketing and an MBA to top it off. He worked on Wall Street but has switched his focus to travels! He is a sports fanatic and loves the New York Yankees.

We are thrilled Lee share some thoughts from his travels! Read our Lee Abbamonte interview below!

1.  Is it really true?  You’re the youngest American to have traveled to every country in the world?
Yes it’s true!
2.  How did you do it?  and Why?  What inspired you?  Ok that’s 3 questions in 1….
I did it by accident until I did it on purpose! I was never trying to do it until I started trying…seriously! I was inspired by a love of travel, a competitive nature and it sounded like a fun goal!
3.  What is the scariest adventure you experienced in your travels?
Probably entering Libya during the war in 2011. It was actually my 193rd or last country to visit every country and I was actually caught in a gun battle at the border. It was pretty terrifying!
4.  Seems like you’ve seen everything in the world.  Is there any place you haven’t been too?
Well I would say the North Pole but I’m going on an expedition there mid-April! Otherwise there’s always plenty more to see and re-see without a doubt. There’s a few remote islands I’d like to visit and then I’d like to re-visit some places I didn’t spend enough time in or things I’d like to re-visit and photograph.  I visited a lot of places before I started documenting my travels and don’t have photos of many places.
5.  What are the 3 favorite items you like to take on your travels?
iPhone, laptop and Tabasco Sauce
6.  What’s the most important lesson you’ve learned in your travels?
Be nice to everyone and good things will happen! It doesn’t matter the country because people at their core are the same and respect the same basic customs such as politeness and respect. Thanks again to Lee! We wish you well in all your future travels! Read more from Lee Abbamonte here! 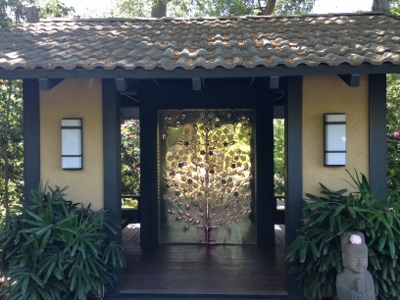 Behind The Golden Door

Behind The Golden Door
Interested in planning your own customized adventure? Global Adventuress can help! Email us today!