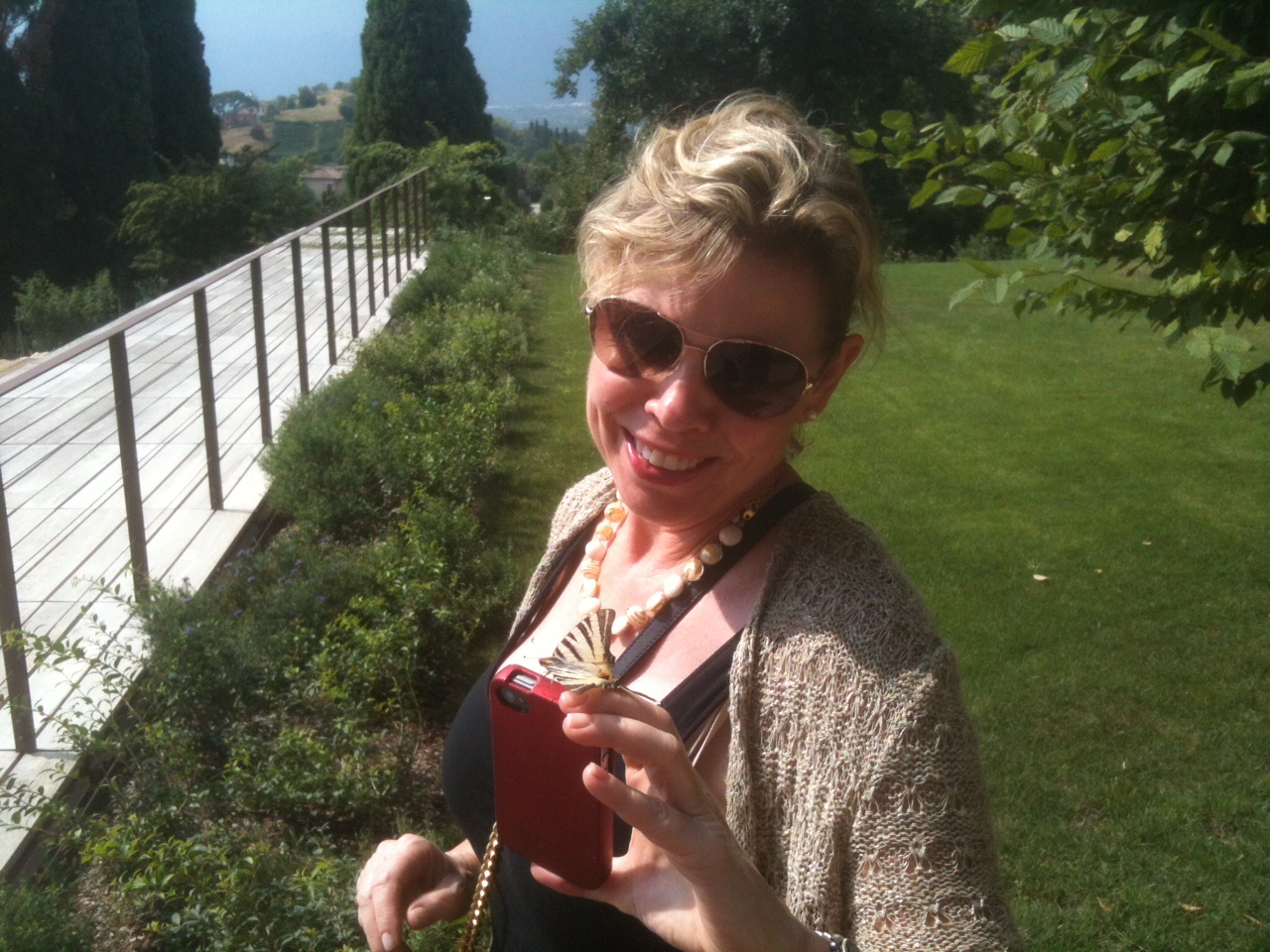 Global Adventuress is a Community Partner with the Seattle Art Museum, Elles: Women Artists from the Centre Pompidou, Paris a landmark exhibition of more than 130 works of art made by 75 women artists from 1907 to 2007.   In honor of this exhibit, Global Adventuress is featuring women who have dared to pick up the brush, camera, pen, and have been inspired by the places they’ve lived, traveled to, and how they have inspired others from afar.

During our stay in Asolo, Italy, we also enjoyed a tour of Villa Freya Stark’s property with Bojana Balic, bojana@bellasolo.it  or www.bellasolo.it .  Bojana showed us Freya’s self-designed landscaped gardens planned around the remains of a roman theatre, where Freya would retreat after her long journeys to find happiness and get grounded.

Bojana is a local guide who knows the area well, and gave us a private glimpse into the life of Freya Stark, a true global adventuress, photographer, and travel writer who was the first woman and one of the first Westerners to travel to the Middle East.  Her life began in Paris, born in 1893 to a wealthy family with parents who were artists and traveled the globe. At the early age of 9, she read Thousand and One Nights, which led to her learning how to speak Arabic and Turkish.

She lived a full life and up to her last breath, stayed active and encouraged anyone she met to live fully.   She worked with local schools and read to children, shared her stories up to the ripe age of 100 and is buried in her beautiful Villa in Asola. In her 90’s, Freya was asked about how she felt about death, and she said, “I feel about it as about the first ball, or the first meet of hounds, anxious as to whether one will get it right, and timid and inexperienced (..) all the feelings of youth.

Not sure if it is fact or fiction, but our tour guide told us Asolo was not bombed in World War II because Freya was good friends with Winston Churchill and convinced him to select other miltary targets and spare her home. She was a heroine.

I recently returned from a one year tour in Iraq where I served as a legal advisor in Baghdad with the US Army. While we toured the Villa a beautiful butterfly followed us around the grounds and landed on my hand for a long visit, 15 minutes or so and kept returning to my hand. I felt like it was Freya’s spirit in this charming and curious butterfly.

I have since learned more about this amazing woman, the connsumate traveler and innovative trailblazer and feel a sort of kindred spirit with Freya. You can read more about Freya Stark’s Middle East adventure in her book The Southern Gates of Arabia. After spending a year in Baghdad in 2009, I can only imagine how much courage and charm it took for her to make the trek in 1934.

Here are some of the 20 travel books and letters written by Freya Stark:
Baghdad Sketches
The Valleys of the Assassins and Other Persian Travels
The Southern Gates of Arabia: A Journey in the Hadhramaut
A Winter in Arabia
Letters From Syria
The Freya Stark Story
Alexander’s Path
Gateways and Caravans: A Portrait of Turkey 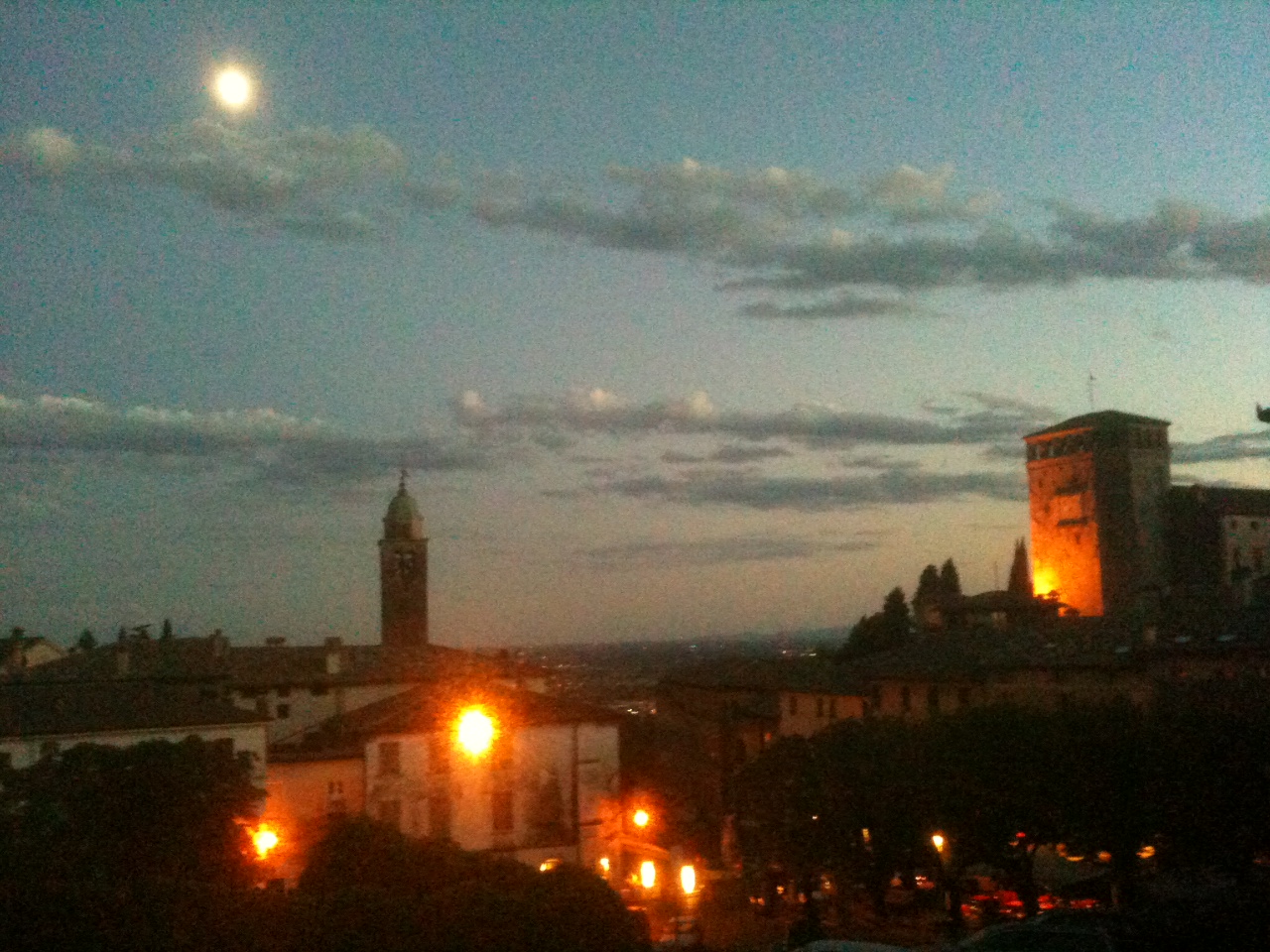 Asolo, The Pearl of Veneto

Asolo, The Pearl of Veneto
Interested in planning your own customized adventure? Global Adventuress can help! Email us today!