Dubai Woman Breaks Tradition as she Heads to the North Pole 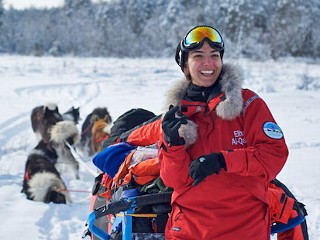 Elham Al Qasimi traded in her black abaya for a puffy parka in a quest to become the first Arab woman to reach the North Pole.

Now 10 days into her trek, in below freezing temperatures, she is tweeting the hike and planning the final stretch on cross-country skis. En route she has inspired women in her native United Arab Emirates, where supporters are closely tracking the expedition.

“I feel calm, collected but also a little bit on fire,” al Qasimi told a newspaper as she departed the UAE. “I can already picture myself there. I am about to accomplish my lifelong dream.”

Al Qasimi is tweeting the three-week journey as @polarbent, while pulling along a sled with 85 pounds of food, clothing, and gear. The trip is unsupported and unassisted, meaning no motorized equipment is used and there are no resupplies along the way.

Accompanied by guides from Polar Expeditions, an adventure travel company, and a camera for Arabic National Geographic, the former investment manager is now trekking from Borneo Ice Station in Norway toward the North Pole, and keeping an online journal as she hikes.

“Saw my first sundog which is somewhere between the northern lights and a rainbow. Listened to the ice groan as it moved underneath us,” she wrote on Monday.

“We skied around ten miles over nine hours and netted eight miles north ground. I am very tired and about to tend to my blisters before crawling into bed.”

A day earlier, she wrote about the grueling pace.

“Breaking for more than five minutes is impossible, and even with a four-minute break, my fingers go numb and ache badly for 15 minutes until my circulation kicks in and warms them up again.”

Al Qasimi has had to break free of perceptions to make her way to the North Pole. For one, she is a desert woman heading into the coldest spot on earth.

Her adventure is also a bold break from the norm in a Gulf society where women traditionally shy away from the camera and don’t emphasize physical strength. One local newspaper ran a photograph of her taken while in training, pulling a car that was attached to her with a rope around her waist. Al Qasimi is also keeping a video log of the trip, with some of the footage set to air on National Geographic’s Arabic network, based in Abu Dhabi.

The physical strain of the journey has also  generated some criticism at home from those who think a traditional Emirati woman should stay out of the wild.

“The place of a good girl is at home. She is not a man,” said one reader’s comment on the Gulf News website.

“She is a beautiful woman, she is 27, she should stay at home with her husband,” the commenter wrote.

But Al Qasimi won’t be tied down by traditional limitations. She is set on reaching the top, quoting T.S. Elliot on her website as an homage to pushing the boundaries:  “only those who risk going too far can possibly find out how far one can go.” 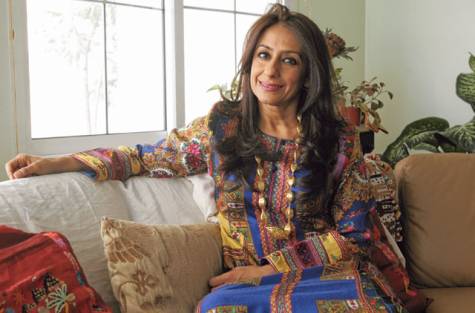 Emirati Mother Helps Women Find Themselves
Interested in planning your own customized adventure? Global Adventuress can help! Email us today!