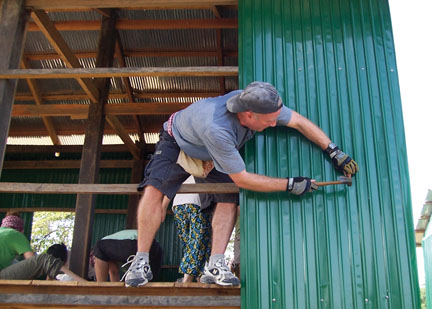 I spent the early 1980’s working in a refugee camp in Phanat Nikom, Thailand and met hundreds of Cambodian refugees.  Hearing their harrowing escape and survival stories was devastating, so whenever I learn of an organization that is working to rebuild their country and mend their hearts, I want to support their cause.

The first time I heard about the Tabitha Foundation was through my friend Dave Richter.  He shared that, “Cambodia is finally emerging from a violent and turbulent past that left 35% of the population below the poverty level.  With the return of political stability rebuilding can finally begin, but assistance from outside Cambodia is needed to help the country get back on its feet.  One organization making a real difference is the Tabitha Foundation.  The Foundation, which was established by Janne Ritskes in Phnom Penh in 1994, now runs five different Programs: Cottage Industry, Community Development through Savings, Water Wells, House Building, Schools.”

Through this foundation, Dave has been leading groups of volunteer “builders” to Cambodia to build houses for families who can’t afford them.  (prior experience not required).  For the past 7 years, Dave works together with teams of volunteers and he says, “this is an incredibly moving experience – both humbling and exhilarating.”

Volunteer builders are responsible for their own travel, lodging and meals expenses, and it’s not required to have prior experience in building homes, just bring a willing heart and hand to help.  In addition, adult builders are required to donate $750 for building materials.

For more information about the next house building trip, or about the Tabitha Foundation, contact Dave@richterintl.com In 1967, David Richter, age 10, returned to suburban Westchester County, N.Y., from Kenya, where he had lived for two years while his father served as deputy country director for the Peace Corps. In 2004, Richter’s son Kai, also 10, returned to suburban Seattle from Cambodia, where his parents had taken him to help build houses for poor villagers. The two events, 37 years apart, are connected by a passion that first fired young David in Kenya, was lost for a time, and now burns brightly again in Kai and his older sister, India. And in Richter himself.

“In Kenya, I wanted to grow up to change the world,” Richter says. “I’d gotten a glimpse of living internationally, and we’d seen the work of Peace Corps volunteers. But when I came back, I lost track of the whole experience. Now I’ve reconnected with the 10-year-old in me who really wanted to have an impact.”

Since the 2004 trip to Cambodia with his family, Richter has returned seven times to build houses under the auspices of the Tabitha Foundation, a community development nonprofit based in Phnom Penh. Daughter India, now a high-school senior, has been on four such trips and son Kai three. Dave serves on the Tabitha U.S.A. board and, in March, led a 16-member team—including six Swarthmore students, a faculty member, and this writer—back to Cambodia.

In Phnom Penh, the building team sat transfixed as Janne Ritskes, founder of Tabitha Foundation, gave an hour-long orientation that included the sad history of 20th-century Cambodia. “If you weren’t white, you weren’t much,” she said of French colonial rule of Indochina. But it was the Vietnam War—including massive American bombing for more than five years followed by a three-year reign of terror by the Khmer Rouge—that did the most damage to the small Buddhist nation.

Ritskes grew angry as she told how the United States cynically recognized the Khmer Rouge as Cambodia’s legitimate government after Vietnamese troops removed them from power in Phnom Penh in 1978. The communist rebels, who fought on until the late 1990s, were allowed to keep their seat at the United Nations “just so the U.S. could keep opposing the Vietnamese. Our nations know what they did here,” Ritskes said. “But they won’t say they are sorry. They have no moral standing here.”

The daylong orientation also included a wrenching tour of Tuol Sleng, a school-turned-prison where the Khmer Rouge interrogated and tortured thousands, and the Killing Fields, where tens of thousands died.

Richter, an international risk management and insurance consultant with his own business in Snoqualmie, Wash., has been through this sobering orientation seven times with seven different groups. He says that “as jarring and harsh and upsetting as that whole day is—then you go build. And the building is the perfect antidote.” During the next two days, led by Richter and members of the Tabitha Foundation staff, our team completed 15 corrugated tin houses in the village of Preah Nankal, about 150 kilometers northwest of Phnom Penh.

Choked with emotion, Richter recalls the reactions of his son and daughter to their first house-building trips. “Kai made a collage of photos and a little diorama of the village. He did a presentation to his class, during which he read out the regulations he’d seen posted at Tuol Sleng. He had a really hard time saying, ‘While getting lashes or electrification, you must not cry out.’” (Richter has a really hard time describing this scene.) After her first trip, India gave half of her Christmas and birthday money to the Tabitha Foundation. She’s thinking about a college major in global health issues.

Although he’s unsure of the long-term effects of the house-building experience on participants in the Tabitha projects, he says he’d “like it to become part of peoples’ makeup as they go forward, so that they can no longer say, ‘Well, the U.S. is the center of the world, and it doesn’t matter.’ They’ll know that our decisions here have an impact on the lives of people far away. And they’ll ask, ‘Isn’t there a better way of doing things?’” 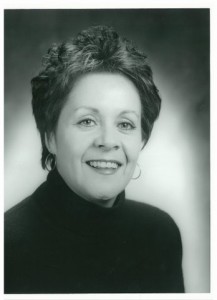